Posted on September 21, 2014 by livingasapprentices

THE TWELVE STEPS AND SPIRITUAL FORMATION 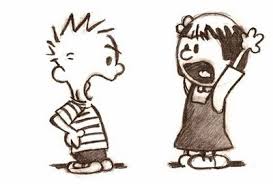 My husband woke up cranky today.  Maybe it’s because he’s sick. Maybe it’s because he just has a cranky personality. Whatever the reason, he said something very mean. I automatically defaulted immediately to my “it’s not fair” false narrative: after I spent all afternoon in the emergency room with him, he treats me like this?  I had accepted long ago that life isn’t guaranteed to be fair, but I allowed my feathers to be ruffled anyway.

Then I started to ask questions like, “Why would you say that?” to which he responded “Because I felt like it.” And on and on we went. This is the course of most of our arguments.  To his credit he took a “space of grace,” a term he doesn’t understand, but an action I appreciated. He said, ” Can we just stop a minute. I need to think about why I said that.”  I responded with a negative comment, but finally got smart and left the room.

While he was thinking, I thought too.  Powerlessness, as expressed in the first three steps of the Twelve Steps, is an acceptance of the fact that outcomes are not in my control.  God is in control, so I give up my addiction to being in charge of the world and surrender to God’s wisdom and grace. I live in the freedom of understanding that powerlessness is the attitude I need to live by.  But surrendering control doesn’t mean I have no power. I cannot  control the actions and responses of others, but I can control my own.

So . . . no, I can’t change my husband’s bronchitis. I can’t change his crankiness. I can’t change his unwillingness to share (or even pursue in his own mind) why he made a mean and ungrateful statement. But I do have power to not respond when my buttons are pushed.  I can take my own space of grace until I can offer helpful words or say nothing at all. I can choose to keep pushing through my “it’s not fair” mentality.  I can choose to leave the room if that will neutralize the situation. I can choose to be forgiving when apologies are offered and amends are made. At all times, I have the power of choice of how to handle a situation emotionally or spiritually, and most of the time physically.

It’s a good thing I had that talk with myself!  Ten minutes later my husband came into the room and apologized for his mean

and negative comment.  Then he made amends by working on the wi-fi problem I had asked about. The wi-fi isn’t yet fixed, but our relationship is mended once again.  One more case that proves that the Twelve Steps are a path to spiritual formation.

This entry was posted in The 12 Steps and Spiritual Formation and tagged powerlessness, spiritual formation, Step 1, surrender, the power of choice, The Twelve Steps. Bookmark the permalink.