“I Owe my Soul to the Company Store”

Posted on March 3, 2015 by livingasapprentices

Recently I was the only white female in the room (aside from the staffers for the event.) My husband Fred and dozens of other black men and women (and two or three white men) had answered the call to Flint, MI by an Atlanta law firm which had filed a class action lawsuit against General Motors for failing to remove asbestos from their plants many years ago. The former “shop workers” were undergoing questioning, testing for lung functioning, and a visit with a doctor – as well as the signing of more than 50 sheets of paper.  This was all in hopes of qualifying to become a member of the suit and receiving financial awards for their exposure in the “shop” years ago to the dangers of asbestos because o

f the greed of a company who refused to remove the asbestos even after the dangers were known.

The whole process was terribly mismanaged; we all sat in a room, mostly just waiting, for 6 hours. This day ushered in my first ever wish to be a photo-journalist. I yearned to document this “reunion” of aging warriors who had  battled to produce cars for the middle-class without losing their health, their dignity, their battles against addiction, and the total take-over of their lives either by management or the union. I wanted to capture their individual stories and faces so this era would not be forgotten.

I observed worn and lined faces filled with somber dignity. I saw middle-aged sons helping aging fathers navigate the folding chairs filled with people and their bags and coats and a haphazard crowd of tables. I watched  men with confused and crumbling minds, baffled by all the questions:  “What plants did you work at? Did you work on the line? Did you clean the pipes and furnaces? Did you sweep the floors?”  I saw wives explaining the process and signing their husbands’ names on hundreds of lines in the documents – continuing a decades-old role of taking over the literacy tasks for their men. I overheard some of the men musing about their assumption that their pension would bring a care-free life style, but, instead,  they had run out of money and were hoping for large settlements.  I saw heartfelt reunions: “Didn’t you used to work at Buick City . . . or Gray Iron or Metal Casting or Metal Fab or Chevy Truck and Bus?  Man, I haven’t seen you for years.  Howya doin’ man!!  Oh, sorry to hear that. Remember when we used to . . . “

As I listened, I marveled at the shared history of “how it used to be” when men and women gave their lives to working on the line . . . and often lost their souls.  Making cars today is worlds away from the time when they worked for 30 years often doing double or even triple shifts for a company they considered their family. The shop today is clean and safe and bright and full of technology – and nothing like a family where your loyalty was returned.

I overheard a man calling his daughter to explain that this meeting would take him hours and would she please go to his home and wake up her mother at one o’clock and  take her to her house and feed her?  “She will be anxious because she won’t know where I am  . . . and you know I always make the food.” I heard him sigh gratefully saying, “Thank you, honey.”   About three hours later he took a phone call:  “Hello son. How are you? How’s the weather where you are?  It’s still cold here.  I’m still here at the asbestos meeting.  Your sister is taking care of Mom. No, it’s okay.  We’re fine.”  He was risking a lot to be here.

It was a very long and in many ways frustrating day (including 6 hours of driving), but I wouldn’t have wanted to miss it!  A generation of people, brought up very differently from me, followed their dreams to the car plants and were stuck there for 30 or more years. At the time, they were grateful for the chance to work hard and make a living and receive health benefits.  They built their lives around General Motors, and General Motors took all they were willing to give. But their bodies gave out way before their retirement came around and while they were grateful for employment, they had many sa 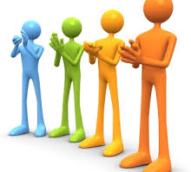 d, even gruesome, stories to tell about their work and the treatment they received from management and union.

I sat and watched them all wait, most more patiently than I did. I wished I had some way to acknowledge each of them personally for the patience they exhibited for decades because white society decided that the slavery in the shop was better than the slavery their forefathers endured a generation or two ago. This blog is my way of honoring and remembering them.

This entry was posted in My journey and tagged asbestos, car factories, General Motors, unions. Bookmark the permalink.

5 Responses to “I Owe my Soul to the Company Store”