What if We were Put to the Test?

Posted on May 21, 2017 by livingasapprentices 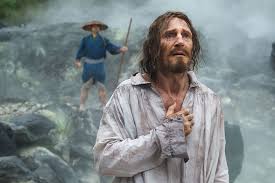 , I watched Silence, Martin Scorsese’s latest movie about two Jesuit priests who travel to 17th century Japan looking for a missing fellow priest. They are befriended by a covert group of Japanese Christians who suffer extreme persecution by the Japanese government which wants to rid the country of Christianity. When several of these faithful converts are killed for refusing to denounce their faith, the priests experience a crisis of conscience and make choices that affect their lives (and the faith they hold dear) until they die. As I watched  this film (and for weeks afterwards), I wondered how I would respond if put to the test of denying Christ or dying.

Persecuted Christians world-wide face that test every day. The sad truth is that  215 million Christians (about 1 in 12) experience some form of persecution in 2017. In many countries the persecution is labeled “extreme.”  The organization Open Doors USA lists eight main “engines” of persecution, saying that they often work in tandem:

Open Doors USA  annually publishes a world watch list, a ranking of the top 50 countries where Christians face severe persecution. The worst place on earth for Christians is North Korea which ranks at the top of the Open Door list for “extreme persecution.” * Christians number 300,000 out of a total population of 25,450,000. They are forced to hide their faith completely – even from other family members 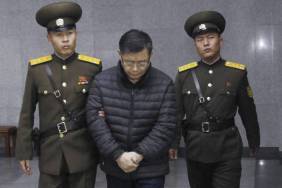 . Worship of the ruling Kim family is mandated for all citizens. Those who don’t comply (including Christians) are arrested, imprisoned, tortured or killed. Entire Christian families are imprisoned in hard labor camps, where unknown numbers die each year from torture, beatings, overexertion and starvation. Gathering in groups for worship or fellowship is nearly impossible.

Again, I think:  “How would I fare as a Christian in North Korea?”  Here’s a challenging subject for private introspection and/or discussion in small groups of Christians. How would you react if you lived in Syria, a country where disclosure of your faith could put you at risk of death? What if you lived in Laos where refusing to participate in Buddhist practices results in physical or verbal abuse of you and your family? How would you cope if you lived in Tunisia where growing extremism supports violent persecution of Christians, including forced marriages, physical assaults, and vandalism of Christian properties?

What if one or more of the eight “engines” of persecution listed above took over in the United States? What if the persecution of Christians became so extreme that our jobs were threatened or our personal safety was at risk? What if church services or Bible study groups were banned in my town or yours?  Would my faith remain strong? Would yours? Would we stand together and stand up for our faith? Would it be okay to hide our faith publicly while practicing it privately? These may be harder questions than we think! Mulling them over should bring us to our knees in prayer for our persecuted brothers and sisters. (To learn more about persecution of Christians and find prayer requests check out the Open Doors USA website. )

*The next four most dangerous places for Christians are Somalia, Afghanistan, Pakistan, and Sudan.

This entry was posted in Living as Apprentices and tagged Open Doors USA, persecution of Christians. Bookmark the permalink.
%d bloggers like this: