Camelot and the Kingdom of God

Posted on November 23, 2013 by livingasapprentices

It’s a cliché, but it’s probably true: If you are an American over 12 years of age you probably remember where you were when you learned that John F. Kennedy had been assassinated.  I was in the library on the campus of Hope College in Holland, MI.  I don’t remember how I got the news, but I do remember heading instinctively toward the Chapel. On the way, I met a friend immediately said, “Did you hear what happened?” and shared what I knew. We both burst into tears and continued toward the Chapel. I will never forget the pain and confusion of that day.

This week we have “celebrated” the 50th Anniversary of that event.  Americans  have heard story after story of eyewitness accounts of that Friday and the days that followed. I have learned that Jackie Kennedy refused to changed her bloody clothes, saying, “Let them see what they have done.” I have learned that reporters were the unwilling pall bearers at Lee Harvey Oswald’s funeral because the only other mourners were a few women and children.

I have heard the forensic science that debunks the conspiracy that there was more than one shooter.  I have heard the personal stories of now famous reporters who were put to the test for 72 hours of reporting – mostly without sleep.  I learned that this event changed the role of television (and the lives of future presidents) forever because it was the first non-stop coverage of a news event, as well as the first coverage without advertising, and that it set the precedent of constant coverage of future presidents. I have the vision of a young son saluting the passage of his father’s coffin locked in my brain forever. 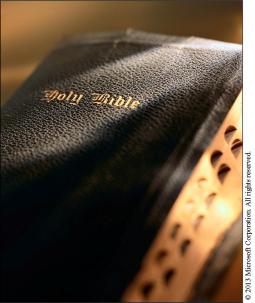 must have been the atmosphere around the death of Jesus. No wonder there are four gospels! Everyone who knew him must have been frantic to preserve the memories, the stories, the power and personality of this man Jesus.  I’m sure everyone who was impacted by the life of Jesus remembered where they were when they heard he was dead.  I’m sure the centurions and Simon of Cyrene and the observers of Jesus’ painful journey to Golgatha with a cross on his back told their stories over and over again, especially to their children.  And we have commemorated that story over and over all around the world  for more than 2,000 Good Fridays.

Of course, the difference is that John F. Kennedy is remembered more for his untimely death than for anything he did during his life. His legacy is about what he could have done and been. Camelot is only a memory.  The followers of Jesus in the first century A.D. and in 2013 were/are not only left to mourn his untimely death.  They were/are empowered not only to tell the stories of his days under the ordinary skies of Bethlehem and Jerusalem and Galilee, but also the stories of his resurrection and ascension.  They/we did and should  share the grief of his death. But the kingdom that Jesus ushered in is not just a memory.  It is where we can live in hope in the present and eternally.

This entry was posted in Living as Apprentices and tagged Assassination of John F. Kennedy, Jesus, The Kingdom of God; The Gospels; the Crucifixion and Resurrection of Jesus. Bookmark the permalink.

1 Response to Camelot and the Kingdom of God