A Real Story about Living in the Kingdom of God

Posted on July 10, 2016 by livingasapprentices

An unexpected phone call this week changed everything in my life in 20 seconds.  That call, along with a Daily Meditation for July 7 from Richard Rohr, took me a level or two deeper in understanding the nature of the unshakable Kingdom of God.

What does it mean to live in “the unshakable kingdom of God?” The theological explanation is pretty straight forward: God is in control of all creation. When we live within God’s  will, we are living in God’s kingdom. No matter what happens to us, we are safe because we live in the kingdom. Life in that kingdom is available now even as we live in “enemy occupied territory” (my favorite C.S. Lewis phrase).  When our time on earth is finished, we will move into the eternal kingdom, commonly called heaven.

But what is it actually like to experience life in the unshakable kingdom? How does that all work?   Here’s where Rohr’s meditation comes in.  He says:

“God erodes [our illusions] from many sides, hoping they will fail. But we often remain trapped in what we call normalcy — “the way things are.” Life then revolves around problem-solving, fixing, explaining, and taking sides with winners and losers . . . . To get out of this unending cycle, we have to allow ourselves to be drawn into sacred space . . . We have to allow ourselves to be drawn out of “business as usual” and remain patient on  the “threshold” where we are betwixt and between the familiar and the completely unknown. There alone is our old world left behind while we are not yet sure of the new existence. This is the sacred space where the old world is able to fall apart and a bigger world is being revealed. “

I suspect that Rohr is describing what living in the kingdom of God is like: we stand in silence with eyes wide open on the threshold between our old world and a bigger vista. This is the space we aim to live in as we train to become more like Jesus.

In the past several months our family has left “normalcy” and stepped out onto the threshold.  My cancer diagnosis and my husband’s longstanding health problems led to the decision to sell our home and “downsize.” Following the stepping-stones to carrying out this decision put us directly “betwixt and between the familiar and the completely unknown” – accompanied by the firm belief that nothing is unknown to God.

We were sure it would take all summer to sell the house.  However, a family who saw the house on May 12, the first day it was for sale, put in an offer! We were excited! And aghast! We had no place to go. We found an apartment complex that fit our needs but learned that we would be eighth in line for the next vacant apartment. Weeks went by. One June day that we negotiated August 13 as the day we would move out of our house, we were still 5th on the apartment waiting list. As the weeks passed, some got apartments, some in line dropped out; finally we were first on the list. But by the Fourth of July, securing an apartment by the time we had to move out seemed very unlikely – even to the ever-optimistic leasing agent at the complex.

Friends kept asking, “What are you going to do?”  “Where will you live?” “Shouldn’t you take your house off the market? “Why don’t you just look for a different apartment?”  “Can you stay with relatives?” “Maybe some non-profit agency can find a place for you?”  I revisited these troubling questions in the middle of many nights. But in the morning I always decided to stay the course.  I realize now that those questions came  from the land of “normalcy.”  But we had moved to “the threshold” and were determined to follow God into the land of the unknown.

However, we did need a place to live, so I looked at all opportunities for temporary housing. Finally we found an extended stay hotel 35 minutes from our home –  $1200 for 3 weeks!. (Definitely not ideal: the profits from the house sale were to help with the rent, not aid the bottom line of a hotel. ) We also needed a place for our stuff, so we negotiated the right of first refusal on a container. This brought up the nightmarish thought of having to move twice (with volunteer movers) within months.  We also began thinking about two separate ways of packing:  this goes in storage; this goes with us to the extended stay hotel. Life in the unknown future was looking grim!

And then on Thursday morning came the 20-second phone call that changed everything. It was from the manager of the apartment complex: “I know you were set on a first floor apartment. A 2 bed 2 bath just became available, but it’s on the second floor.  Do you think that would work?” We thought about it as we drove over. Having no stairs to climb was high on our wish list.  But this does have an identical floor plan.  Do we want to hold out for everything we want?” The leasing agent was fairly sure she wouldn’t have another part until the end of the year. So we took the apartment.  In less than an hour all the problems listed above had vanished.

I had often thought what it would be like to assume that the majestic God of the Universe would work out the details of our move. I don’t picture God as the great computer in the sky. and I don’t view prayer as a constant list of petitions to make my life easier.  But this is what I have learned. There was a waiting list for that upstairs apartment, too. The leasing agent had called the family on the list twice, sent an e-mail, and gotten no response.  This morning she just had left what she considered her last message, 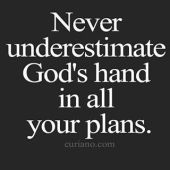 when her eyes fell on our application for a first-floor unit. I had been in so often to check on where we were on the list, she knew our story. She decided to give us a chance at it.

All of a sudden, I understood how living in the unshakable kingdom of God works – at least for me.  First, I don’t need unshakable trust; I am only human.  So the times when I question or doubt are not evidence of lack of trust, just a sign that I am still maturing in my relationship with God and my faith is still growing.

Second,  I need to walk through every door and take every step God shows me that might lead to an answer to my need. From listing the house in May to renting the storage unit in July, we did our best to follow where we thought God was leading us.

Third, and most new and refreshing to me:  God doesn’t use our methods to enter our tangled lives or to answer our prayers. As Rohr says, God isn’t into “problem solving, fixing,  explaining, and taking sides with winners or loser.” God, I believe, uses others as a “pass through”* for expressing and carrying out God’s will to us. A pass through is a person who shares the  story of God’s love or carries out the work of that love.

The fourth step may be difficult for us. We may not fully appreciate the answer God supplies.  In this case the apartment was identical to the one we wanted, but it is on the second floor.  However, we learned to grab on to what God has provided rather than second guessing God’s plan.  “Don’t look a gift horse in the mouth” is an old and rather ugly expression, but it says plainly that if you have asked God to meet your need, you don’t doubt the answer.

The leasing agent and I had had a few discussions about the role faith plays in our lives. I believe that she was God’s “pass through.” The choice she made to call us and offer an us an apartment that we were not on the list to get was the final step in our moving process. The Holy Spirit orchestrated something that all my problem-solving discussions could not and would not make happen. I believe that she listened to the Holy Spirit and what seemed impossible to us became possible.

We had a difficult decision to make because neither of negotiates stairs well. But we had no other option that we were comfortable with.  And it seemed to me that this whole journey was showing us how to trust God’s providence and mercy and care;  I did not want to turn my back on this blessing.  So we accepted the apartment and began  brainstorming about how to live differently with stairs – like getting groceries throughout the week rather than doing one big shopping trip and carrying many bags upstairs at once.

We still have much to learn about having faith in “if you live in the kingdom, you will always be safe.”  But again we  have  seen that “God has our back.”

Singer Hillary Scott used the term “pass throughs” in an interview about her song Thy Will.

This entry was posted in Living as Apprentices and tagged God's will, Richard Rohr, unshakable kingdom. Bookmark the permalink.
%d bloggers like this: